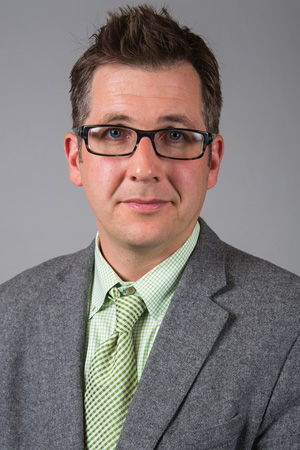 The narrators of Samuel Beckett’s novels and the characters in his plays fill their worlds with words. In his final trilogy of novels, Nowhow On, these utterances become intensely self-reflective, so much so that they are about uttering itself, the signifier’s inability to bear transparently its signified content. Ineffability, here, emerges not as the failure of a particular kind of signified content, but as the failure of signifiers themselves ever to refer to an extra-symbolic signified in the first place.

Craig N. Owens teaches modern drama, playwriting, modern Irish and British literature, and discourse and language theory. He has directed and performed in many of Beckett’s plays.

Listen to audio of Owen’s lecture and a response from Gereon Kopf, Professor of Religion, Luther College