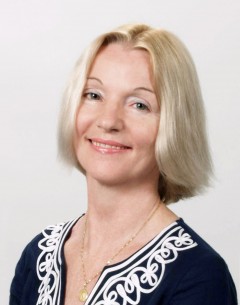 Tamara Albertini,
Professor of Philosophy, Director of the Undergraduate Certificate of Islamic Studies, University of Hawai’i at Manoa

The female Muslim mystic Rabi’a al-‘Adawiyya (d. 801) is widely considered one of the most influential mystics of Sufism, as she was primarily responsible for redirecting the spirit of early Sufism away from the path of austere asceticism and toward the path of divine love. Dr. Albertini’s illustrated lecture will begin by introducing Sufism in general and Rabi’a in particular, after which she will explore Rabi’a’s mystical poetry with respect to her struggle to express an ineffable love for Allah.

Dr. Tamara Albertini was raised in North Africa where she learned Arabic and attended Qur’anic classes. Later, she obtained a Lic.phil. from the University of Basel (Switzerland) and a Dr.phil. from the Ludwig-Maximilians-Universität in Munich (Germany) in Islamic and Renaissance studies. Her many publications aim at reintroducing the vigor and vision of Muslim intellectual contributions from the classical period. Since 9/11, she speaks widely on Islamic Fundamentalism, Women and Islam, and Islamic Law.