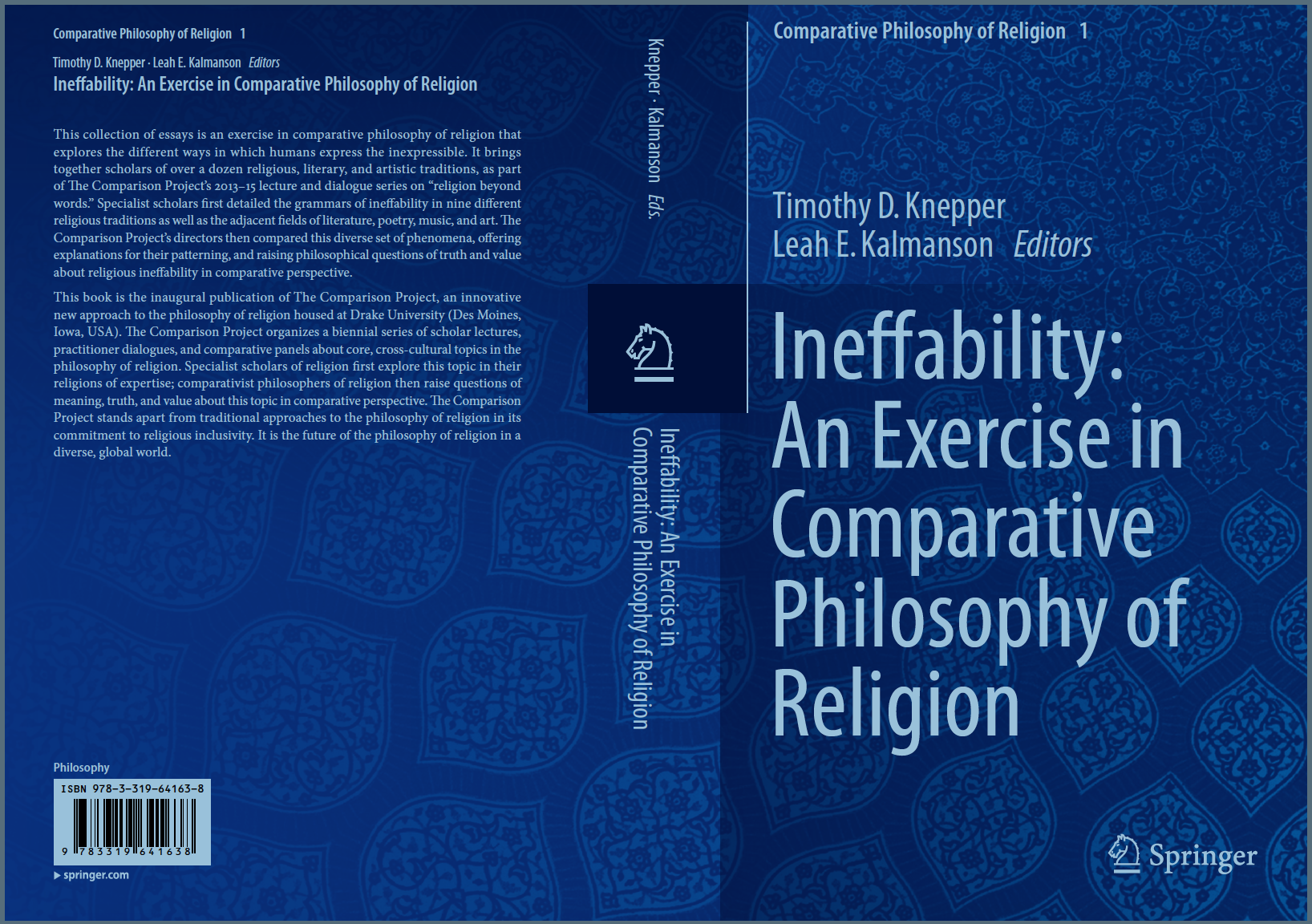 This collection of essays is an exercise in comparative philosophy of religion that explores the different ways in which humans express the inexpressible. It brings together scholars of over a dozen religious, literary, and artistic traditions, as part of The Comparison Project’s 2013-15 lecture and dialogue series on “religion beyond words.”  Specialist scholars first detailed the grammars of ineffability in nine different religious traditions as well as the adjacent fields of literature, poetry, music, and art. The Comparison Project’s directors then compared this diverse set of phenomena, offering explanations for their patterning, and raising philosophical questions of truth and value about religious ineffability in comparative perspective.