Professor Knepper’s Spring 2105 Philosophy of Religion course looked at discourses of ineffability in Jewish mysticism and Muslim mysticism (as well as a little Zen Buddhism).  In their final papers students were asked to describe and compare several of these discourses, then both to explain their commonalities and differences and to evaluate the general claim that ultimate beings and/or experiences are ineffable. Below are some of their final papers: 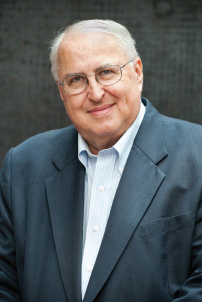 The Jewish mystical tradition, like all mystical traditions, has had to deal with the issue of language and the communication of mystical experience. In responding to this basic issue, Jewish mystics did not emphasize ineffability. Instead, they answered the conceptual matters raised by the challenge of language by creating a theology that drew on the material in, and the interpretation of, the Hebrew Bible.

Dr. Katz serves on the Academic Committee of the U.S. Holocaust Memorial Museum, chairs the Holocaust Commission of the Memorial Foundation for Jewish Culture, and serves as Academic Adviser to the 31 countries that make up the International Holocaust Remembrance Alliance. He has published numerous works on the Holocaust and Jewish philosophy as well as five seminal books on comparative mysticism all from Oxford University Press.

Listen to audio of Katz’s lecture:

Steven T. Katz is Director of the Elie Wiesel Center for Judaic Studies and Chair in Jewish and Holocaust Studies at Boston University. He has also taught at Dartmouth College, Cornell University, and at numerous other universities both in the US and abroad. In addition, Dr. Katz is presently the Chair of the Holocaust Commission of the Memorial Foundation for Jewish Culture and the Academic Advisor to the Academic Working Group of the International Holocaust Remembrance Alliance.

Dr. Katz has published over 100 articles in scholarly journals in the fields of Judaica, Holocaust studies, philosophy of religion, and comparative mysticism, and has lectured all over the world. In 1999 he was awarded the University of Tübingen’s Lucas Prize for Holocaust studies. And his most recent book, Wrestling with God: Jewish Theological Responses During and After the Holocaust, was selected as the runner-up for the 2007 National Jewish Book Award. He is currently the editor of the journal, Modern Judaism.

Dr. Katz’s lecture will review and critique the main Jewish theological responses to the Holocaust and the “problem of evil.” It will include six responses that are, essentially, based on the adaptation and recycling of biblical explanations as to why the righteous suffer. After this opening analysis, he will turn to the five or six responses that present a novel “modern” accounting. This second group will include the views of Richard Rubenstein, Emil Fackenheim, Eliezer Berkovitz, Ignaz Maybaum, Emanuel Levinas, and Elie Wiesel.

Here is the section of Dr. Katz’s “Wrestling with God” upon which his lecture drew