This talk examines a series of miracle stories in the hagiographical literature of the Sufi and Hindu bhakti traditions of early modern north India in order to highlight some fascinating parallels between Sufi and Hindu bhakti religious attitudes. Dr. Burchett offers a provocative hypothesis: that the category of the “miracle”—broadly shared across the “Abrahamic” traditions of Judaism, Christianity, and Islam, and defined in contradistinction to the category of “magic”—does not exist in the Hindu tradition until the influence of Islam on Hindu devotional communities in Mughal India. In exploring the miracles of Sufi and Hindu devotee-saints, this lecture investigates the role of ethics in categorizing different forms of wonder (e.g., as “miracle” versus “magic”) and examines the way that the specific narrative form of the miracle story often functions to cultivate virtues and ethical dispositions in its audiences.

Patton Burchett is Assistant Professor at the College of William & Mary. Prof. Burchett’s research focuses primarily on early modern devotional (bhakti) and tantric-yogic religiosity in north India. He is developing a new book project on yoga and the interrelations of magic, science, and religion in the rise of Indian and Western modernities. Burchett’s first book, A Genealogy of Devotion: Bhakti, Tantra, Yoga, and Sufism in North India, is forthcoming from Columbia University Press in May 2019. 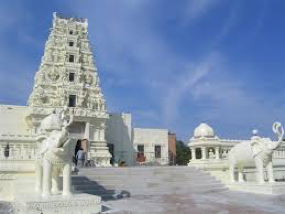 Join us at 11:00 am on Sunday, March 24th for the annual springtime celebration of Holi at the Hindu Temple and Cultural Center of Iowa. Beginning at 11 am, tours of the temple will be available. At noon, the temple will hold a short fire ceremony (Hollika Puja), followed by the throwing of colors.  Lunch will be available for purchase at 1:00 pm.

Meet My Religious Neighbor is a monthly open-house series. Each open house allows the public the opportunity to tour a sacred space, learn how religion is practiced in it, and meet the congregation who worships there.