After studying Sikh, Lakota, and Muslim responses to suffering throughout the Fall 2012 Semester, students in Professor Knepper’s class were tasked with performing unique comparisons of their own design on some aspect of these three faiths and their responses to suffering. These papers were designed to ask students to think critically about the similarities and differences of religious responses to suffering between these three faiths, and to come to some insightful conclusions about what the implications of these similarities and differences are. Some of these essays, which were wide-ranging and creative, can be found below:

Other students instead wrote papers on Lakota responses to suffering either as the late nineteenth-century “Ghost Dance” or in a variety of more recent re-memorizations of and resistances to the 1890 massacre at Wounded Knee such as the 1973 occupation of Wounded Knee, the reburial of Zintkala Nuni, and the Big Foot Memorial Ride (all of which we read about in the essay of The Comparative Project’s guest speaker on Lakota responses to suffering, Michelene Pesantubbee’s “Wounded Knee: Site of Resistance and Recovery”). Here are some of them:

Our section on Islam began with a consideration of Muslim responses to suffering in general (by way of John Bowker’s chapter on Islam in Problems of Suffering in Religions of the World), then read John Kiser’s 2010 book on the nineteenth-century Algerian freedom-fighter, Abd el-Kader (Commander of the Faithful).

Other students instead wrote longer essays about the role that Abd el-Kader’s Muslim faith played in his responses to suffering during his resistance to French occupation of Algeria.  Here are some of them:

Our section on Sikhism began with Sikh explanations of suffering in general (in Pashaura Singh’s “Sikh Perspectives on Health and Suffering”), then turned to two instances of Sikh responses to suffering: the 1699 establishment of the Sikh Khalsa, and Nikky-Guninder Kaur Singh’s 2005 feminist re-memorization of the Khalsa (The Birth of the Khalsa).

The other students wrote papers either on the establishment of the Khalsa itself or on Prof. Singh’s feminist re-memorization of the Khalsa as a religious response to suffering.  Here are some of them: 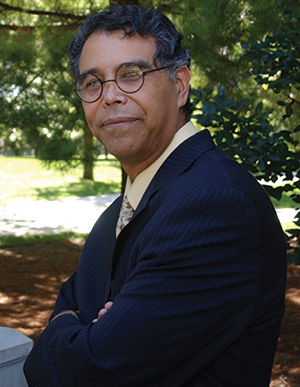 A number of prominent writers have claimed that Christian and biblical ethics were ultimately responsible for the abolition of slavery in Africa and the New World. Dr. Hector Avalos, in contrast, argues that biblical arguments against slavery began to be abandoned by abolitionists themselves because the pro-slavery side actually had an advantage in biblical support for slavery.  Thus, more secularized forms of argumentation, which rested on universalized humanitarian and legal premises, became more attractive in abolitionist movements.

Dr. Hector Avalos is Professor of Religious Studies at Iowa State University, where he was named Professor of the Year in 1996, and a 2003-04 Master Teacher. Born in Nogales, Sonora, Mexico, Dr. Avalos received his B.A. in Anthropology from the University of Arizona in 1982, a Master of Theological Studies from Harvard Divinity School in 1985, and Ph.D. in biblical and Near Eastern Studies from Harvard in 1991. He is the author or editor of nine books, including Fighting Words: The Origins of Religious Violence (2005), and The End of Biblical Studies (2007).

Listen to audio of Avalos’s lecture: 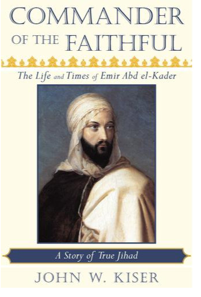 John Kiser, author The Commander of the Faithful: The Life and Times of Emir Abd el-Kader and The Monks of Tibhirine: Faith, Love and Terror in Algeria John W. Kiser is the author of numerous books, most notably The Monks of Tibhirine: Faith, Love and Terror in Algeria, which won the 2006 French Siloe Prize for best book on a humanistic topic, and which was the basis for the 2010 Cannes award-winning film, “Of Gods and Men;” and Commander of the Faithful: The Life and Times of Emir Abd el-Kader, which is the inspiration behind the Abdelkader Education Project and its annual Abdelkader essay contest in Elkader, Iowa.  A former international technology broker, Kiser has an M.A. from Columbia University in European History and MBA from the University of Chicago.

Kiser’s talk will review the highlights of el-Kader’s life during war, peace, imprisonment, and exile, exploring how faith and higher knowledge strengthened him as he suffered defeat, betrayal and loss. In so doing, Kiser will show how the emir’s exemplary life of faith-based moral leadership not only brought him worldwide acclaim from the likes of Abraham Lincoln, Pope Pius the IX, Queen Victoria, and Emir Shamil, but also motivated a town in northeast Iowa to adopt his name.

Listen to audio of Kiser’s lecture: 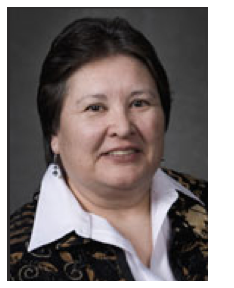 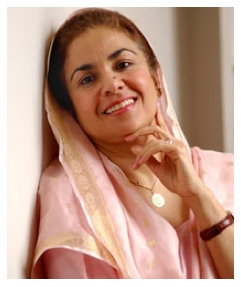 Sikhism accepts suffering — biological, psychological, and spiritual — as a natural part of life. According to Sikh scripture, “our entire world is full of suffering” (GG, p. 954). But it also acknowledges suffering (dukh) as a medicine that is beneficial (daru). In light of the recent Milwaukee tragedy, Professor Singh will explore the Sikh understanding of suffering and its curative value for our global community.

Nikky-Guninder Kaur Singh is the Chair of the Department of Religious Studies and Crawford Family Professor at Colby College. She has published extensively in the field of Sikhism, and her views have been aired on television and radio in America, Canada, England, India, Australia, and Bangladesh. Born in India, Professor Singh came to American to attend Stuart Hall, a Girls’ Preparatory School in Virginia. She later received her BA in Philosophy and Religion from Wellesley College, her MA from the University of Pennsylvania, and her Ph.D. from Temple University.

The Comparison Project kicked off its 2012-2013 programming on Wednesday, September 12 with a student interfaith dialogue. The student panel, composed by Nashmi Albadarin, Chloe Ginsburg, Samantha Kenison, Joshua Jeun, Sumit Sen, and Erin Shoup, addressed explanations of and responses to suffering in the religious traditions of Islam, Judaism, Buddhism, Hinduism, and Christianity. The event afforded an opportunity for substantial audience Q&A, and concluded with a brief catered reception.